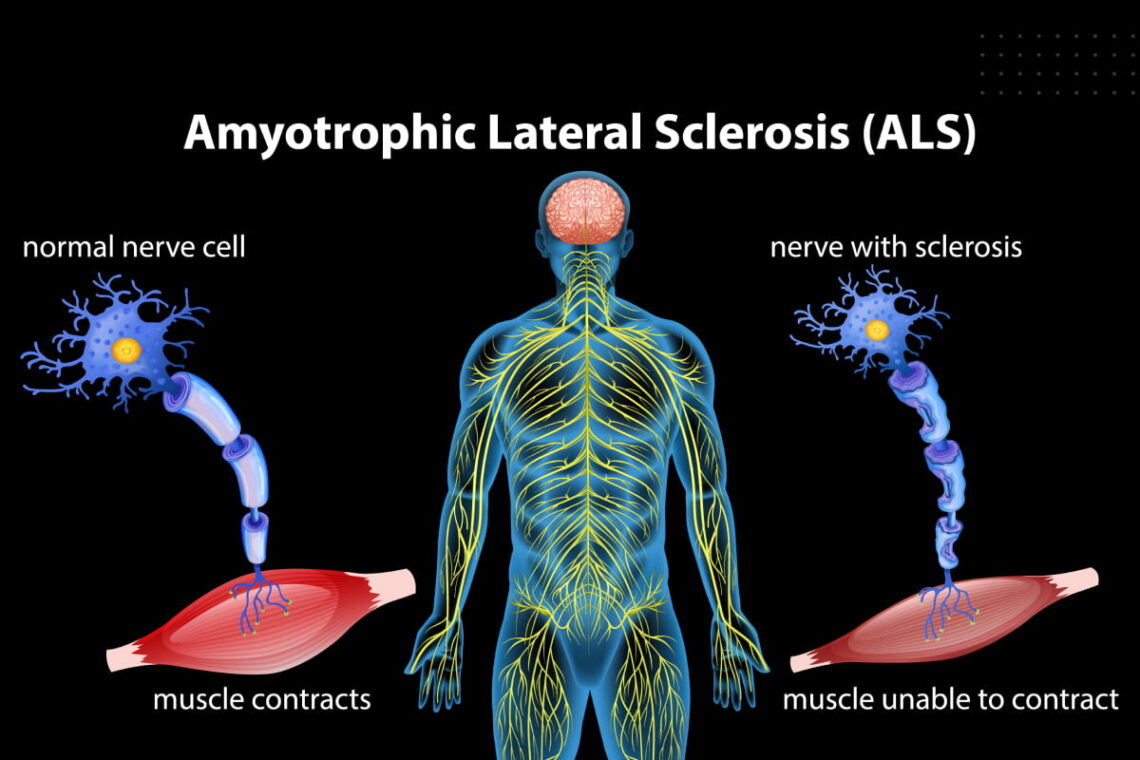 Many people probably remember the Ice Bucket Challenge, which was started by The ALS Association and became a viral sensation in 2014. The social media challenge raised more than $115 million in donations to fund research, develop assistive technologies, and improve access to care for people living with the disease. According to The ALS Association, approximately 15 people are diagnosed with ALS each day, and as many as 30,000 Americans may be affected by ALS right now.
However, not everyone understands what ALS actually is, how it progresses, or why the Ice Bucket Challenge relates to the disease.

Amyotrophic lateral sclerosis (ALS), also known as Lou Gehrig’s disease (after the baseball player who was diagnosed with it) is a progressive neurological disease that causes degeneration and death of the nerve cells in the brain and spinal cord. These nerve cells are responsible for controlling voluntary muscle movement – including things like walking, talking, chewing, and breathing. The progression of ALS differs between each patient, and not all patients experience the same symptoms or speed of progression, but it is generally divided into three stages: early, middle, and late. The disease is manifested by such symptoms as weakness of the muscles of the arms and legs, a decrease in the volume (weight loss) of the muscles, involuntary muscle twitches, stiffness and painful spasms in the muscles, swallowing disorders (for example, choking) and speech (fuzziness, feeling of porridge in the mouth). As the disease progresses, the neurons responsible for breathing are also affected, resulting in shortness of breath.

Patients with this diagnosis lose the ability to initiate and carry out any controlled movement. Most often, the disease progresses rapidly, and the average life expectancy for ALS is two to five years. ALS may begin with impaired speech and swallowing or with progressive weakness in a leg or arm, for example. Everyone has individual starting symptoms. For months, the patient may develop only one symptom, similar to other diseases.

The first and most common ALS symptoms are muscle weakness and atrophy. Other symptoms at this stage typically include things like cramping, as well as muscle twitching (known as fasciculations), stiffness, and tightness (known as spasticity). These symptoms usually affect one part of the body to begin with, depending on which neurons are affected first. In most cases, this is the neurons controlling the arms, hands, or legs – a condition known as limb onset ALS.

Even in the early stage, ALS symptoms make it hard for people to perform everyday tasks such as cooking, dressing, and getting around due to the loss of manual dexterity in the hands and awkwardness of the legs and feet.

As ALS symptoms progress to the middle stage, muscle weakness and atrophy get more pronounced and start spreading to other parts of the body. Some muscles will lose strength, while others will become completely paralyzed. At this point, many ALS patients have profound difficulty with or are no longer able to walk or use their hands and arms. Some muscles near the joints may become permanently contracted, which prevents the person from straightening out the affected limb.

People with middle-stage ALS start to lose the ability to swallow food and their own saliva (dysphagia), and they may lose the ability to cough and breathe on their own, which increases the risk of choking. Muscle weakness in the throat can also make it difficult to speak and breathe (dyspnea), and due to a reaction called the pseudobulbar affect, some ALS patients experience periods of uncontrollable laughter or crying.

As the patient progresses to the late stages of ALS, most of their voluntary muscles will become paralyzed. When this happens to the muscles in the mouth and throat, as well as the muscles used for breathing (i.e., diaphragm), the patient can no longer eat, speak, or breathe on their own – requiring a feeding tube and a ventilator for these tasks.

Most people with ALS die within two to five years after the symptoms first appear, usually of respiratory failure or malnutrition. Other less common causes of death include pulmonary embolism (due to an obstructed artery in the lungs), heart arrhythmia (the heart beats too fast, too slow, or irregularly), or pneumonia (due to breathing food or water). In amyotrophic lateral sclerosis, the nerve cells that control movement (motor neurons) begin to die gradually, leading to muscle weakness and atrophy. ALS is inherited in 5-10 percent of cases. In other cases, ALS occurs, apparently spontaneously.

Several possible causes of ALS are currently being studied, including:

The cause of ALS is unknown, and there is no single test for the condition. Diagnosis of ALS is usually based on the confluence and progression of symptoms and through the ruling out of other diseases that can cause similar symptoms. This includes human immunodeficiency virus (HIV), Lyme disease, and syphilis, as well as neurological disorders such as multiple sclerosis, post-polio syndrome and multifocal motor neuropathy. 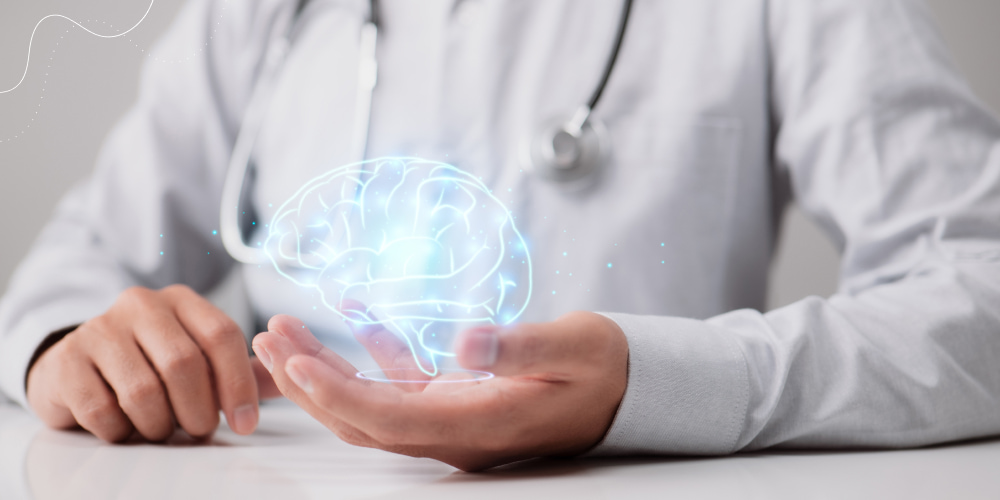 There is no cure for ALS, but there are treatments available. Managing ALS usually involves treating the symptoms and providing supportive care to improve quality of life and prolong survival. This may include things such as a feeding tube for nutritional purposes and breathing support with a ventilator.

While there are some medications to treat the progression of ALS symptoms, their effectiveness, and mechanism of action are poorly understood. Medications in the context of ALS treatment are usually drugs designed to alleviate symptoms like fatigue, muscle cramps, and spasticity.

The main risk factors for ALS include:

Environmental factors that increase the risk of this disease include:

As the disease progresses, the following complications occur in patients with amyotrophic lateral sclerosis:

If you or a loved one are experiencing any of the symptoms of ALS, it’s important to get evaluated by a doctor immediately. Call 817-270-9443 or visit our Contact Us page to schedule an appointment with the experienced neurologists at Lone Star Neurology.

To learn more about ALS or to donate to ALS research and support patients living with the disease, visit ALS Association.

In most patients, the disease begins with asymmetric symptoms of scattered localization, which include cramping, weakness, and atrophy of the muscles of the hands (more often) or feet. Weakness progresses with damage to the forearms, shoulders, and lower extremities.

Amyotrophic lateral sclerosis (ALS) is an incurable, slowly and steadily progressive disease of the central nervous system. It is associated with the death of motor neurons (motor nerve cells).

This pathology is not treated. After diagnosis, on average, patients live from two to five years. ALS is usually found in people over 55 years of age.

There are cases when ALS “freezes,” and a person lives with the disease much longer. The most famous example is that astrophysicist Stephen Hawking, who was diagnosed with ALS at the age of 21. He was predicted to live for two years, but the scientist lived up to 76 years.

MS is an autoimmune disease in which the body seems to be attacking itself. ALS is a disorder of the nervous system. It is characterized by damage to the brain and spinal cord cells.

There is no specific method for preventing ALS. However, people with ALS can participate in clinical trials, the National ALS Registry, and the National ALS Biorepository. This involvement can help researchers learn about the disease’s potential causes and risk factors.

Dissecans osteochondritis is a rare diagnosis in patients of all ages. The condition results from… 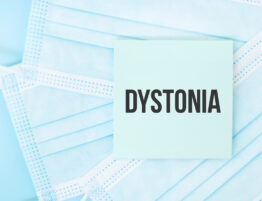 Dystonia is a neurological movement disease characterized by involuntary muscular contractions. This might result in… 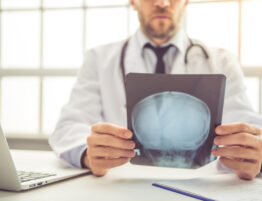 With the football season and the summer period in full swing, it is very important… 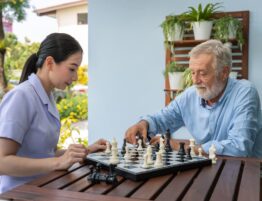 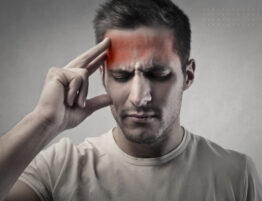 Concussions are traumatic brain injuries that cause temporary disruptions in brain function. This might happen… 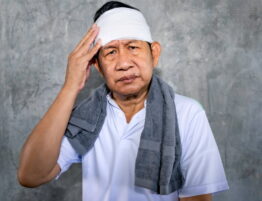 Each of us knows that proper care after the trauma is vital. But sometimes, it’s… Stroke is the fifth highest cause of mortality in the United States, according to the…